The Arrival of Cleveland P. Jones 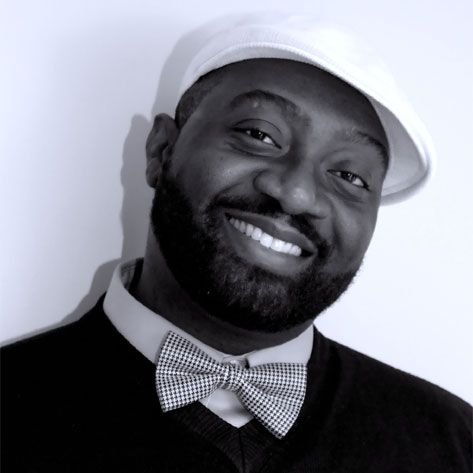 It's near the end of February 2011 and I've been back in the USA for just over 8 months since returning from London, where I had been living for almost 2 years and came back with an unlikely Masters degree. Barely getting settled from my return to the States, in the Summer of 2010, I begin what becomes a self-funded, 8-month zigzagging nomadic, couch-crashing "tour" across the country that includes highlights of producing music in Brooklyn with DJ Spinna, Philly with Rich Medina, Atlanta with DJ Kemit, and then make my West to Los Angeles in time for Grammy week as I attempt to keep the momentum going and connect with whomever I can whose in town, while I'm still on a roll after returning with the new producer skills I learned and a little bit of notoriety gained from working with some of the best DJs in the world (and releasing a few notable remixes in the process), which started the foundation of me gaining some industry credibility including developing a professional friendship with one of the best music websites who would become the longest journalistic supporter of my career, Soulbounce.com 🙏🏾.

I had already known Cleveland P. Jones for about 8 years at that point because he and I attended the same famous weekly jam session in Atlanta (The Al Smith Midtown Jam Session) that was formerly at the now closed Apache Cafe, but at this point he was residing in Boston where he had graduated from Berklee College of Music. We had always discussed recording together, or more so me pushing him to lol but it wasn't until he let me know he was ready to give it serious go that we started with a test run recording...a cover of a song famous by the legendary Nat King Cole..."Nature Boy".

This certainly harkened back to our Apache Cafe days where Cleve would get called onstage by the host, and you'd hear the whispered groans of singers who were still on the list fearing they'd be called up next after him! 😂 He would sometimes do these smoky Jazz numbers where it would just be him accompanied only by Al Smith on keys and magic would ensue! Well, I did the best I could to recreate that vibe (nowhere near Al's level), and the entire recording session, including the mixing, and the mastering, took about 6 hours. Now, Cleveland, who previously had been been guarded about releasing anything publicly had already given me the greenlight and okayed to me that I could put it out into the Universe, while he was bushed and called it a night, heading to his room to finally go sleep while I stayed all night in the studio doing the editing, mixing, and mastering BUT ALSO putting together the email I had promised Soulbounce I would send when I had something ready for what would be Cleveland's first music article/artist spotlight that would finally introduce him to the larger world, and would just make it in time for them to publish him as their 100th Bounce Worthy artist! So, as you can imagine, Mr. Jones has no idea, upon awakening the following morning, all that had transpired, and with his photo blasted on the front of the website and full article AND debut song to introduce him to their readers...even though I had mentioned to him I was thinking of submitting his bio and photo to them (and he provided the headshot they used)...BUT he didn't realize it would go live as soon as I had the song ready to send them! 🤣🤣🤣 He thought it would be weeks later or something like that, but actually he told me he had already had second thoughts about it and wanted to delay sending it out, though not realizing I had already done so overnight! 🤷🏾‍♂️😊

So, if you could have seen the shock on Cleveland's face! Now understand, this brother is extremely humble but was also pretty shy for someone who could bring a whole house down with his performances! I liken myself to perhaps an annoying younger brother who kept pushing him to let the rest of the world hear what the fortunate of us already knew, and I'm thankful I learned to back off when I did until he felt ready to do so, but I also knew I had a small window of opportunity to do so, in case he changed his mind. And yes, Cleve was not happy about it, at first, because it was like being shoved into a bright spotlight you weren't expecting to be in so suddenly, but I'm certainly glad I did it, and eventually he was, too, and I'm so happy for all the great things he's done, well beyond our own collaborations, and on his own terms, creating amazing music, dope music videos, amassing a great international following, doing an innovative music and cooking show, becoming a professional baker (and I had the pleasure of seeing the start of that with him watching cooking shows on TV that I would watch with him, during our recording breaks), and to see where that led to. But hey, that's only what happened just over 10 years ago on March 4th, 2011 (and the article is still online for you to view and read)...but wait till we get to what happened in that studio, 11 days later, on the night of March 15th that would later catch the attention of BBC Radio 6 radio personality and acclaimed international DJ, Gilles Peterson.😉 (to be continued)