Was it a dream, though? 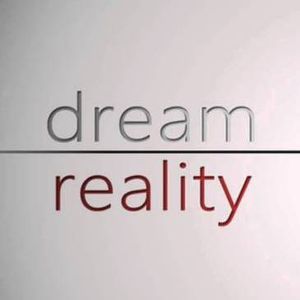 I just woke up from one of the most fascinating dreams I've ever had in my entire life and I'm writing fast so that I retain as much of it as possible. I don't know what intersection of time and space created this, but I was transported back to my grandparents brownstone in Park Slope, Brooklyn with my grandfather come back to life at maybe his 70s (he passed away in 2010 at age 95) along with my grandmother, who is still alive and currently 97, who aged backwards to match him accordingly. My mother and sister were also with us in the dream, and they were also younger than they are now, but maybe by 20 years, but what is interesting is that I think I was the same age I am now, although I don't really age that much (neither does the rest of my family, but the difference was very noticeable for my grandparents and mother, although my sister could have been her current age because she really doesn't age, either). That's not even the crazy part, because it was the last person who was in the dream who came over as a guest...think like an episode of the Cosby Show when they'd have a musical guest over at the house. Well, this was that kind of "episode" except this musical guest was from the distant past and he showed up at the age he would have been in 1964 (at age 38), and happened to be JOHN COLTRANE!! Yoooooo...he came over for dinner that my family used to have together at my grandparent's house, after church, and this was after we all ate, and the record player was in the dining room with us, which is odd because it was back in the living room, but hey...it was a dream, so things were a bit embellished for comfort, I suppose lol

Anyway, I was really there with my fam and chatting with John Coltrane, telling them how much I loved "A Love Supreme" and how it changed my life, while John was smiling but my grandfather, a very religious man, didn't quite get it, though I explained to him that it was a very spiritual song and was appropriate to play after church lol and we were actually conversing with John as "The Acknowledgment-Part 1" was playing in the background, and I could see from the album jacket that he had signed it, along with the other members of the legendary quartet who played on the record. The other surprising part was that he wanted me to hear another recording that he did (which in real life doesn't exist), which was strangely enough, a more modern, jazz fusion track where he was singing a hook, like he did on "A Love Supreme", but sorta in a Gospel-ly kinda way, saying "God's coming back", like most Gospel songs talk about...but the rest of the lyrics always seemed to blur out so I didn't catch them, except for those three words (hmmm). Oh, and he called the record, 'Emmanuel', which I remember translates as "God with us". I'm not what you would call religious (at least not anymore), so I found this all very interesting, but the way it felt, it was more based on me, at my current level of spirituality, trying to explain to my grandfather the connection of God in what he perceived to be secular music, while my grandmother just listened, and I don't really recall what my mother and sister were doing, but they were kinda in the background just conversing.

I'm still trippin' that I was getting to thank my one of my heroes, in person, for changing my life forever with his song, which he really did with "A Love Supreme" because it was that song that opened my ears, for the first time, to the true world of Jazz and simultaneously put a nail into the coffin of what I had previously liked and called Jazz–"Smooth Jazz" lol I mean, we were basically the same age, although I was 5 years older than the age he was in the dream, but inside I felt much younger and knew (even in my dream) that this was a moment in time and space I had crossed over to make this impossible moment happen.

"God with us", huh? I don't even know if it was referring to THE God (or Yahushua/Jesus) of the Bible. I mean, Coltrane is a Jazz god, and definitely came back to life in my dream and was with me (and my family) so he was with us ("God with us"). And I know Coltrane was very spiritual as well and studied various beliefs, although like I am now, he didn't frame "God" in any particular religion, though he would refer to to God as "He", as was the patriarchal tradition back then (and even still now, to be honest).They way I felt in the dream, it felt heavily for the focus on music and a return or continuation of that kind of spirituality or higher vibration of energy in music that is so very lacking in today's music. John wasn't even preaching anything to people when he started to make those types of records but was simply on a new level of feeling gratitude and was living a drug-free life (though he ultimately died from liver cancer, which residually connected to his days of drug abuse). Interestingly enough, he was worshipped as God by some group in San Francisco, as well as made a saint by an Episcopal church (according to what I read online just now), and it was based on his spiritual viewpoints and lessons he espoused in the last 10 years of his life.

What is my take-away from this very interesting dream? Well, based on what I can gather as I'm still processing it (and this is only the second time I've publicly written about a dream I had, but first time I did so right after it happened), that music, like time, is universal and can cross not just physical boundaries (space) but also chronological ones (time), and that spirituality and religion are not the same (my debate with my grandfather who loved to debate about religion), and it reminded me that the power of the gift that I have should always be respected because I know that whatever energy I put into it can affect other people, so I have to make music with good intention and use it as a tool to heal, to bring happiness, to relax people, to unsettle them and wake them up to important issues of the day, to contemplate life, to get up and dance, to feel sexy, to feel somber, to feel peace...but always...to FEEL!

And to think I had this dream on 12/12/2020 (remember that I'm 12 hours ahead of Eastern Time, which is my homebase/Brooklyn time) lol Some of y'all can call me crazy, but there is vibrational energy in all things (your literal atoms that combine to make up the physical you are spinning right now and are always affected by vibrations). There's so much to unpack and learn from all of this, so maybe that's a message of direction to take in my next project? Who knows, but I will certainly feel my way through this.

Perhaps this wasn't necessarily a "dream"...